A few weeks back, Assassin’s Creed Valhalla players spotted a handful of new abilities in the game’s elaborate skill tree. Then, those abilities disappeared.

Following Valhalla’s mid-December update, which precipitated the Yuletide Festival event, each of the game’s three skill trees (Bear, Raven, Wolf) appeared to expand by two nodes. The first on each tree was a carbon copy of the “let the fate guide your path” node that allows you to let the game allocate your skill points for you; the second was an actual ability. The Bear tree received the Fight Ready skill, which gives you a full adrenaline slot at the start of every fight. The Wolf tree could unlock Arrow Looter, increasing your chance of looting arrows from archers. The Raven tree got Assassin Carry, an ability that lets players automatically pick up a dead body after an assassination. All three of these new lines branched out directly from the center of Valhalla’s skill tree, so you didn’t have to pour dozens of points into each branch to clear a path and unlock them.

The catch is that these three abilities don’t always show up in Valhalla’s skill tree.

None of the three abilities were mentioned in the patch notes for the December update. Some players saw them appear briefly, before they disappeared during subsequent play sessions. Today, at least on Xbox Series X, I can still see the “fate” nodes branching, ineffectual, out of the center of Valhalla’s skill tree, while the three new abilities are missing.

I can get them to show up again by disconnecting my console from the internet and rebooting my game, at which point I’m greeted by a notification that the Yule Festival has ended. Connecting my console to the internet re-purges them. Some players say they lost any allotted skill points afterward. Mine, for what it’s worth, were refunded. When I go back online, the refunded skill points are automatically applied to any of the new abilities I’ve unlocked.

Basically, if your console is connected to the internet, you can’t access these abilities. If it’s disconnected, you can.

When asked about the issue, Ubisoft acknowledged that some players can access these skills but said that they’re “not ready for release yet,” and recommended that players play online, if possible, to “prevent any issues with gameplay.”

Truth told, you’re not missing out on much. None of the abilities are terribly game-changing (though Assassin Carry is admittedly a nice quality-of-life upgrade). But they suggest big things in store for Valhalla’s already byzantine web of skills. Why include a “fate” node for just one ability? Why do these new abilities pop up following the ostensible end of the Yuletide Festival? 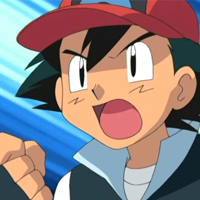 Yoshi Devolved From Babysitter to Baby

Game Pass Is Still Missing Most Of The F ...